Is your software putting the brakes on growth? 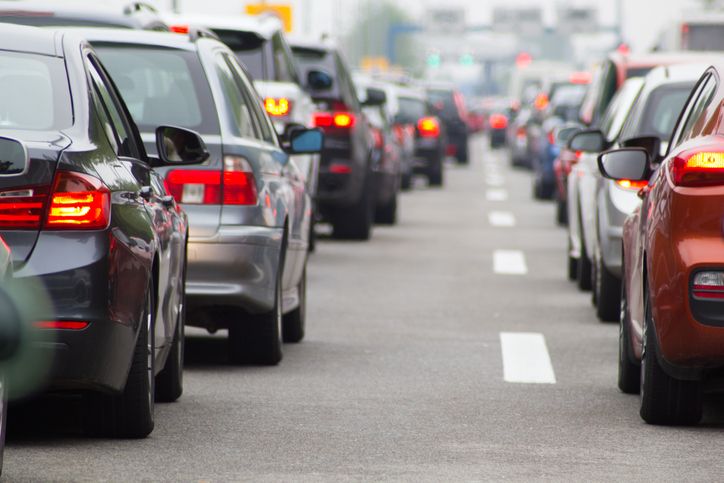 Who hasn’t driven with the emergency brake on at some point or another? You know the feeling you get when you start down the road and the car seems sluggish, like you’re being held back, unable to accelerate?

Then it occurs to you to look at the dashboard, and you see the brake light lit up making fun of your forgetfulness. When you release the brake, it’s like a weight has been lifted, and your car suddenly accelerates.

Companies of all kinds can experience the same drag on growth and productivity when their software is not operating optimally.

The reasons for software’s failure to deliver on promised productivity improvements run the gamut, but they have one thing in common: They prevent your company from achieving accelerated growth goals over a sustained period of time.

For your company to enjoy full-throttled business growth, you have to figure out the symptoms (brake lights!) and then put a fix in place (release the brakes!).

Here are some areas you should start looking into immediately if you want your enterprise to pull into the fast lane and blow away the competition:

Who’s on the Bus

Good to Great, by Jim Collins, is one of the best-known business books from the 2000s. It attempted to define the traits successful companies have compared to ones that always remain in the middle of the pack. One of the critical abilities of great companies, according to Collins, is their ability to “get the right people on the bus” or at least make sure the people you have are in the right seat on the bus.

One issue many companies have these days is finding the best qualified staff to help manage and optimize software performance. With the demand for good software developers continuing to rise as more and more companies look to build software into their operations, the supply of software developers has not kept up. That means it’s not only harder to find and hire experienced software developers, it’s also harder to retain them. And if your company is not in a location where software talent wants to live and work, the challenge becomes even harder.

Key take-away: An inability to find and keep the right talent to develop, support and optimize a company’s software performance can slow technology adoption and lead to slower growth for the entire organization.

Technology never stays still. Keeping up with technology’s relentless pace can challenge even the deepest technology team. For software that runs on outdated technology, especially when that technology is no longer supported by the original manufacturer, then the technology lag continues to grow. It can get so far behind that finding the right talent to support and keep software up-to-date becomes increasingly harder to do. If a company finds itself in the break-and-fix loop, then the company runs the risk of catastrophic failure, which could impact its ability to conduct, and even stay, in business.

Key take-away: The more technology falls behind, the harder it is to maintain a stable IT operating environment and sustain healthy growth.

The more your software fails to adapt to how a company does business, the more manual labor is required to complete the job. Whether it’s on the front-end when sales quotes are entered, during operations or at period-end reporting, if your software has failed to automate those manual tasks you’ll end up having to hire more staff, clean up more mistakes and second-guess decisions made from flawed data. Throwing more people at a problem has never been an effective long-term strategy. Only automation provided by a well-designed, continuously updated software solution can provide a patch to scalability.

Key take-away: Hiring more people to address manual workarounds to compensate for poorly performing software may work just fine for a time. In the end, however, it always costs a company more in labor, mistakes and missed opportunities.

One drag on a company’s growth often comes from its adoption of different software applications that either can’t integrate or integrate poorly. The goal of a company should always be to streamline the flow of transactions and other business critical data. Too often, however, companies end up with a patchwork of software that never quite works as efficiently as it should, leaving the company to transfer data from one system to another or settle with apps working independently of each other.

Key take-away: If you’ve heard the expression “firing on all cylinders” to describe a car engine working really well, then poorly integrated software apps are the equivalent of a car with its brakes on and a misfiring engine.

The Cloud has been an incredibly disruptive technology, even for companies in more traditional industries. It has also provided companies with ways to operate more efficiently than ever before. But with a radically new way of running software, comes a myriad challenges. Ensuring you have the right Cloud infrastructure that meets your needs is critical to a successful transition. For instance, you may want to run your own on-premise Cloud solution as opposed to running on a virtual private network available on one of the large Cloud providers like Microsoft Azure. The rub is that without a clear understanding of the issues related to hosting on premise, you may not have the in-house knowledge to obtain the promised performance. You also open yourself up to other risks like data integrity, breaches and system-wide downtime.

Key take-away: Without a well planned and executed Cloud strategy, a company will find it harder to keep all of its software — Cloud and non-cloud — synchronized and capable of supporting its long-term growth objectives.